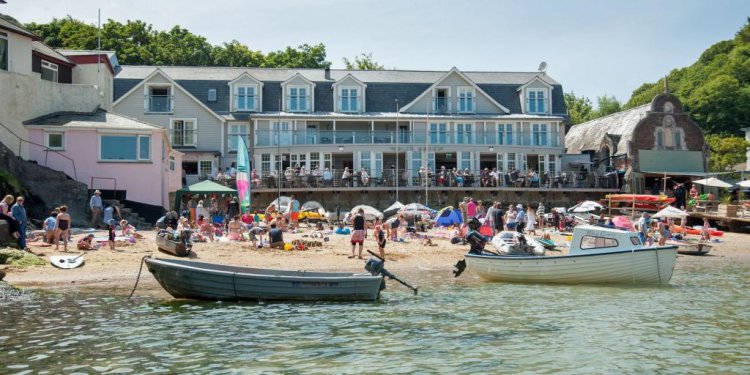 Hotels in South Devon by the sea

Devon's countryside is as impressive as its two very different coasts, with Dartmoor and Exmoor rising from a landscape of patchwork fields, thatched whitewashed cottages and traditional stone longhouses. There are many appealing properties here and our pick of the best places to stay in Devon are either dramatically sited on the coast or deep in the countryside further inland. Many of them reflect the region's chic new image, others are cosy old favourites.

South Devon is something of a hippy enclave which has become home to a host of music festivals and alternative lifestyle centres. North Devon is home to many grand stately homes set in glorious grounds, a contrast with the dramatic natural beauty of Exmoor.

Nobody who has been to the county would be surprised at this embarassment of UNESCO conferred riches. Perhaps the more famous of the National Parks is Dartmoor. Its rugged beauty inspired Sir Arthur Conan Doyle’s The Hound of the Baskervilles.

Cyclists can enjoy the Drake's Trail and on both Exmoor and Dartmoor, herds of attractive wild ponies can be found roaming.

But Devon is more than just a pretty face. A haven for outdoor activites and extreme sports, its north coast beaches with their vast expanses of sand are as popular with surfers as they are with walkers and dogs.

The South coast too has much to recommend it. Dartmouth and the surrounding area are quite simply stunning and an increasingly popular summer holiday destination for those who prefer not to rack up the air miles.

There are plenty of good places to stay in and around the Devon towns of Plymouth and Exeter. Plymouth, site of Sir Francis Drake's famous game of bowls feels steeped in history, maritime and otherwise.