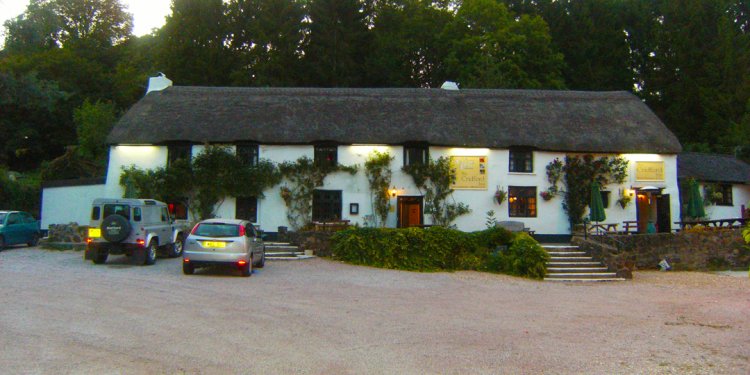 
Ben and Jackie Handley took over the Laughing Monk in 2008, and they’ve created a restaurant with a friendly, informal atmosphere alongside a commitment to exceedingly good quality food, which brought them a Taste of the West award in 2010. The building is also part of this restaurant’s appeal. Housed in a 19th century former village school, the Laughing Monk is unique in every way.

Like many of the best restaurants in South Devon, the Laughing Monk takes sourcing extremely seriously – which is why there’s a strong focus on fresh, local produce including fish and lobster caught in Start Bay itself.

Serving delicious food in a friendly pub atmosphere, the Millbrook Inn is a renowned bar and restaurant in the village of South Pool, near Kingsbridge. With a mission statement to ‘take localness to the limits’, chef Jean-Philippe Bidart fuses English ‘pub grub’ with French cuisine, whilst making the most of the fresh, local produce available in Devon.

The Millbrook’s menu changes with the seasons, with a host of new dishes created each time. However, their Bouillabaisse, a fish stew with saffron, fennel seeds, orange zest and rouille, has claimed a place on the menu for the past five years.

Keen to keep up their reputation as a village pub as well as one of the best restaurants in South Devon, the Millbrook has lots of local ales on tap as well as a large selection of wines, mainly sourced from France.

There’s something especially enjoyable about tucking into a delicious meal while surrounded by the very fields that produced it. That’s one reason why Riverford Field Kitchen, at Wash Farm in a beautiful area near Buckfastleigh, continues to be such a hit.

Dining at Riverford Field Kitchen is a very sociable affair, with most customers being seated together around a single large table, enjoying locally-sourced salads and vegetable dishes, along with one meat dish for sharing. At the end, you’ll have the chance to choose from a range of desserts.

Supper involves three vegetable dishes and a selection of wines chosen to complement the menu.

Why not work up an appetite by walking around Wash Farm before your meal? You can either book a guided tour (seasonal) or wander around the farm yourself, using a printable map and free audio guide created by founder Guy Watson.

Thanks to its beautiful views of the Kingsbridge Estuary, dickandwills brasserie and bar offers a feast for the eyes as well as the tastebuds. It’s this combination that makes dickandwills one of the best restaurants in South Devon. Expect a distinctive menu with a Mediterranean feel, also revealing Asian and North African influences.

With South Devon-sourced fish, meat and shellfish on the menu, including Salcombe crab sea bass and lobster, you’ll be able to find all of the best-loved local specialities. The dickandwills Three Cheese Lobster Mac – chunks of Salcombe Lobster in a Cheddar and Gruyere thermidor sauce, finished under the grill with Parmesan – is currently their flagship dish.