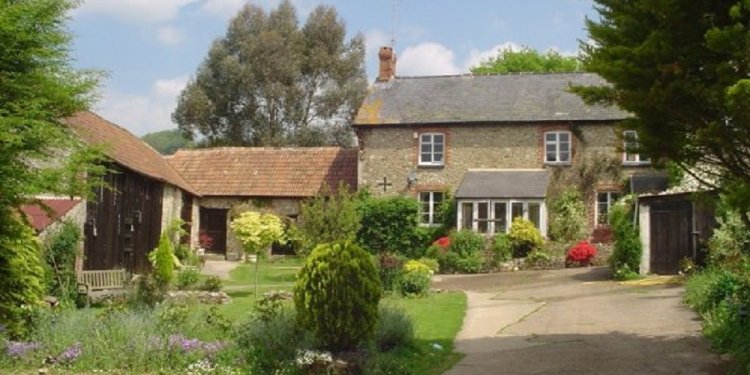 EnglandWith a crop of hotels and restaurant openings, and a celebrity following that includes Sam Mendes and Kate Winslet, Devon is the new West Country hot spot. Its pretty villages now boast gourmet cafés and its beaches are attracting the young surf crowd.

Bovey reopened in its latest incarnation in April 2004, dramatically set in a lush, 368-acre enclave of east Dartmoor close to North Bovey village. Veteran developer-hotelier Peter de Savary, the man behind Skibo Castle in Dornoch, Scotland, stepped in with a reported £30 million. In management, Bovey follows Skibo's country-estate-style model, on-site country pursuits include golf, shooting, archery, fishing, falconry and riding, although it does not have the same members-only policy. It will suit Americans with a penchant for Agatha Christie (a local celebrity) and those holidaying with children. There's lots to do here, and the staff are great with kids. Service is amiable, under new manager Philip Newman-Hall, from Le Manoir aux Quat' Saisons, and the Elemis spa is excellent. There's a large indoor pool and an outdoor splash pool, plus a private cinema should you wish to hole up on a rainy day. Rooms are generously sized even in the cheapest Mews house and there are some spectacular suites.

In the market town of Tavistock, which is busier with shops and traffic but still close to the moor, there is Browns, a well-priced bar-bistro with 20 rooms in a 17th-century coaching inn, which is co-owned by Martin Ball, formerly a director of Firmdale Hotels, the group that includes London's Soho Hotel. The sunshine-yellow rooms are simple but light-filled and clean. Local specialities include braised Cornish ragout, and risotto of Devon blue cheese with woodland mushrooms and soft poached egg.

Until recently, there was only one smart hotel everybody talked about: Gidleigh Park, with Michael Caines in the kitchen. The talented, two-Michelin chef also works at the Royal Clarence Hotel in Exeter (it has the same owners as Gidleigh Park). The hotel has a charming location, hidden in a peaceful valley just outside Chagford. The mock-Tudor architecture, the bubbling river, the rockeries, croquet lawn and bowling green, are captivating.

Olga Polizzi's latest offering, Hotel Endsleigh, is a Grade I-listed cottage orné designed in the mid-19th century by Sir Jeffrey Wyatville, with a higgledy-piggledy roofline and a converted coach house and stables set into the Dartmoor hills. The gardens, landscaped by Humphry Repton, include a rich and colourful arboretum, overgrown grottoes and rose-wrapped terraces with lawns that sweep down towards the rum-brown River Tamar. It feels completely enclosed by Dartmoor's lonely beauty, with 200 acres of gardens and parkland. The bedrooms are heavenly, with original scenic wallpapers, antique bathroom fittings, soft sea-grass matting and chairs upholstered in delicate florals.

The Dartmoor Inn, on the moor's western edge, a 15-minute drive from Hotel Endsleigh), should be at the top of your list. Rooms were added to its award-winning restaurant at the beginning of 2005, so you can now slip upstairs after a truly exceptional meal (potted pork with butter beans and crab-apple jelly; casserole of sea bass and monkfish with mussels and freshwater crayfish) and hole up in good-value luxury. There are three doubles, which suffer from the hum of traffic but are all en-suite. One room is in black-and-white toile de Jouy with a duck-egg-blue bathroom, another is in rose-pink with a French damask sofa and the third has a chandelier and a powder-blue bedspread with embroidered white flowers. You are looked after by the chef-proprietor, Philip Burgess, and his wife, Karen. There are no TVs; but you can dream of breakfast instead: scallop of beef fillet with free-range fried egg and crisp lardoons; herb-crusted goat's cheese with black pudding and bacon; or scrambled eggs with wild-garlic cream.

This is a short drive from Bovey castle and has been developed by de Savary, of Bovey Castle fame - see above) into a gastropub with 20 fresh and comfortable en-suite doubles. The food is really good and includes locally sourced steaks, venison-and-wild mushroom pie and calamari with lime and chilli. The fact that locals still go there ensures the pub's down-to-earth atmosphere, and it couldn't be better placed for walkers.

For 1970s architecture that's a notch above the North Devon norm, try Anderton House, a Grade II-listed house completed in 1973 by British architect Peter Aldington. The three-bedroom, two-bathroom house, which sleeps five, has been renovated by the landmark Trust and is available for self-catering rentals. It is a five-minute drive from Barnstaple in the traditional village of Goodleigh. It sits well in the rural landscape, inspired by the local longhouses. That said, it owes a far greater debt to Mies van de Rohe and Frank Lloyd Wright, with the interior merging into the landscape through plate-glass sliders on two sides of the principal living area. The interiors are lined in Douglas fir and varnished pine, and are sympathetically furnished with period pieces: a Joe Columbo-designed white mobile office, Danish chrome-and-leather armchairs by Kastholm and Fabricius, a black chair by Pieff and simple 1970s Denby teapots and cups. It's a great spot for those in search of crowd-free North Devon, assuming, of course that they subscribe to Anderton's very specific aesthetic.