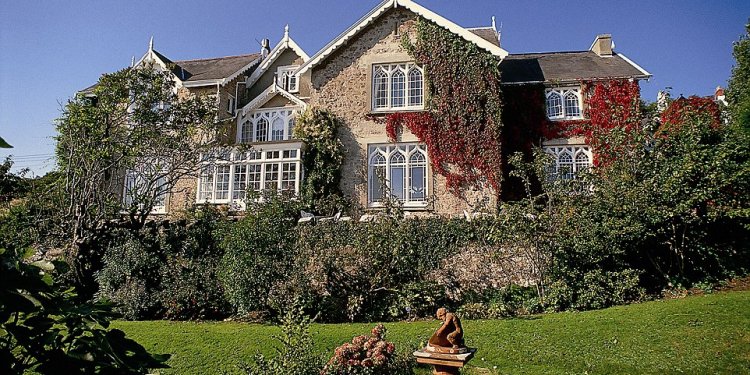 Have a couple of glasses of wine and some cheese fresh from Sharpham’s herd of friendly Jersey cattle, then stumble back down along one of the most picturesque stretches of the Dart, above reed beds stuffed with rare avian life.

Meet some of the most charismatic owls in Devon - a couple of whom even get to go on walks around the town occasionally - and a goat that looks like Roger Daltrey, as well as red squirrels, donkeys and alpacas. totnesrarebreeds.co.uk

There is nothing quite like a dusk wander around the perimeter of the Dartington Estate - venue for the founding of the Welfare State and one of Britain’s most legendary artistic communities. A trip to the Gardens is recommended in early autumn, too, when the colours are nothing short of psychedelic.

Now expanded to include a second bar, Totnes Brewing Company has become the liveliest and most innovative place to drink in town, with a constantly revolving selection of ales, all of which passionate resident brewer will talk you through with great descriptive powers.

The garden, too, is a delight, in the shadow of the walls of the town’s Norman motte and bailey castle.

Pies. Lots of them. All made with love and the freshest pastry known to man. I recommend the mushroom. Also known as the venue for the best pub quiz in town.

The little pub with the big garden. There’s always something going on at the Bay Horse, whether it’s a folk night, a book club, one of the pub’s many mini beer festivals or just some good chat with the town’s diverse range of characters.

Purveyors of the best Sunday roast in town - and one not limited to carnivores, since the nut version is fantastic - with great views over the Dart and Vire Island.

A wonderfully restless all-you-can eat lunchtime vegetarian buffet, whose passionate creators are constantly tweaking recipes and adding new inventions. Get there early, though, as it’s so popular, many of the best dishes are gone by 1pm

The liveliest coffee house in the South Hams: a place of unforgettable tastes, simple ingredients, and lively chat. The coffee tastes so good there is a rumour in town it has its own secret ingredient which The Curator’s owner, Matteo, will never let slip

A friendly, cutting edge, family run record shop that seems straight out of hip San Francisco, everything about Drift seems to have been meticulously thought out with a finely honed sense of aesthetics, from its light-flooded layout to the beautiful stencilled eco-friendly paper bags its stock is sent away inside.

Heartwarmingly, since the death of its founder a couple of years ago, Belle Book And Castle has been kept open by a group of friends and volunteers. Sitting beneath the shadow of the town castle, its the number one place to go if you’re looking for local history, nature writing or forgotten gems of mid-20th century fiction.