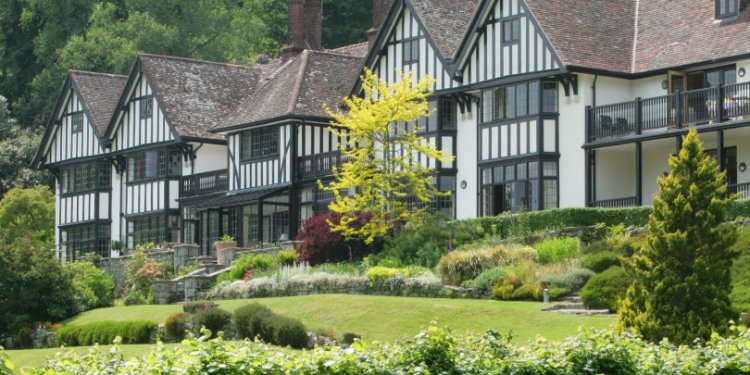 Ashprington is located within South Hams local authority area. Historically it formed part of Coleridge Hundred. It falls within Totnes Deanery for ecclesiastical purposes. The Deaneries are used to arrange the typescript Church Notes of B.F.Cresswell which are held in the Westcountry Studies Library. The population was 509 in 1801 479 in 1901 . Figures for other years are available on the local studies website.In 1641/2 141 adult males signed the Protestation returns.

A parish history file is held in Totnes Library. You can look for other material on the community by using the place search on the main local studies database. Further historical information is also available on the Genuki website

Extract from Devon by W.G.Hoskins (1954), included by kind permission of the copyright holder:

It is important to remember about review.

ASHPRINGTON parish occupies a peninsula between the Dart estuary and the tributary Bow Creek, and is everywhere romantically beautiful. Most of its frontage along the Dart is taken up by the Sharpham estate) which has a river frontage of 2.75 miles, much of it hung with woods to the water's edge. The park is also finely wooded, and the gardens were laid out by "Capability" Brown. Sharpham House, high above the woods on a commanding ridge, is externally a plain, almost ugly, late Georgian house designed by Sir Robert Taylor (one-time President of the R.I.B.A.) for Capt. Philemon Pownall, R.N. Capt. Pownall had a distinguished and profitable career in the navy: his prize-money from one capture alone amounted to over £65, 000, out of which he began to rebuild Sharpham in 1770. He was, however, killed in action in 1780 - there is a monument to him in Ashprington church - and the house was not completed until 1826. The principal rooms are fitted and decorated in the Adam style.

The church (St. David) is mainly a 15th century building with an earlier W. tower. The fabric underwent a drastic restoration in 1845 and again in the 1880s, but has since been vastly improved. The font is an excellent example of late Norman work. There are various 17th and 18th century mural monuments to local gentry.

Painsford had a private chapel (St. John the Baptist), licensed in 1400. This was rebuilt by John Kelland in 1683-7, and used for divine worship until about the middle of the 18th century Some small remains of it are to be seen N. of the rear court of the house. The house itself is of 16th and 17th century date, but its main front has been spoilt.

The by-road from Ashprington to Cornworthy through Tuckenhay is picturesque and interesting. The hamlet of Tuckenhay, at the head of Bow Creek, has extensive store-houses and quays, and formerly did a large trade in road-stone with London and other ports. It had also two paper mills at work in the mid 19th century, as well as a corn mill, and was a thriving little place. One of the paper mills worked from 1832 to 1860. The other-on the Cornworthy side of the stream-began work in 1829 and is still active to-day. It produces a high quality hand-made paper, and is the only "vat" mill left in Devon.' One can also see the remains of an old gas-house, erected about the year 1806 for lighting the hamlet. Like so many of these remote riverside ham lets in Devon, Tuckenhay has a long and varied industrial history.