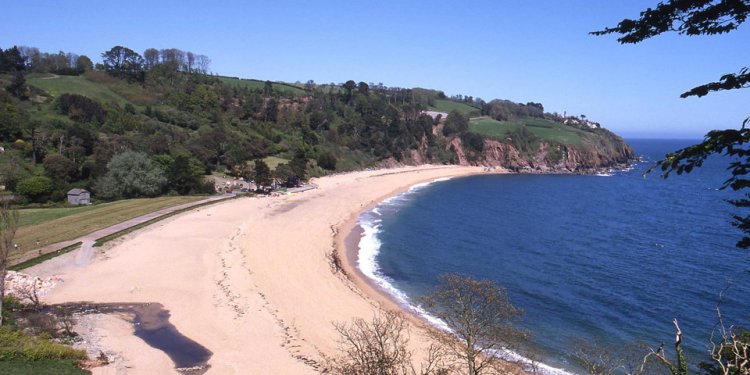 A lovely village down quiet lanes in the South Hams, a few miles south of Totnes. The historic 14th century church of St David sits on a small level bench of land looking over the green and a picturesque inn. The church boasts an interesting Norman font. This is rural Devon at its very best!

The village was mentioned in the Domesday Book of 1086, when it was called Aisbertone. at that time it had 8 smallholders, 7 villagers, and 4 servants. According to the 2001 census the population has grown to 428 people.

There are two inns in Ashprington at present. The Durant Arms was built in 1725 and is a traditional country inn with several bedrooms to let, while close to the Bow Briodge is the Watermans Arms, a restaurant, bar, and hotel dating to the 17th century.

Within Ashprington parish is Sharpham House, a late Georgian mansion built for a Royal Navy captain named Philemon Pownall. Pownell made enough prize money from capturing enemy vessels that he could afford to begin rebuilding Sharpham from 1770, unfortunately he was kiled in action a decade later and the house was not finished until 1826.

A memorial to Pownall stands in the attractive parish church of St David. The church is mostly 15th century, with an earlier west tower. It was heavily restored in the Victorian period but boasts some excellent 17th and 18th century memorials to local gentry. The finest historic feature however, is a nicely-carved late Norman font.

Visiting
There is nothing outstanding about Ashprington, unless you count the beautiful period houses, the gorgeous rural Devon countryside, and the historic medieval church of St David. Oh, and the cosy pub.

Seriously, we stopped in Ashprington just to see St David's, but fell in love with the village at first sight, so much so that we seriously considered buying a house just off the village square when we saw it as for sale!