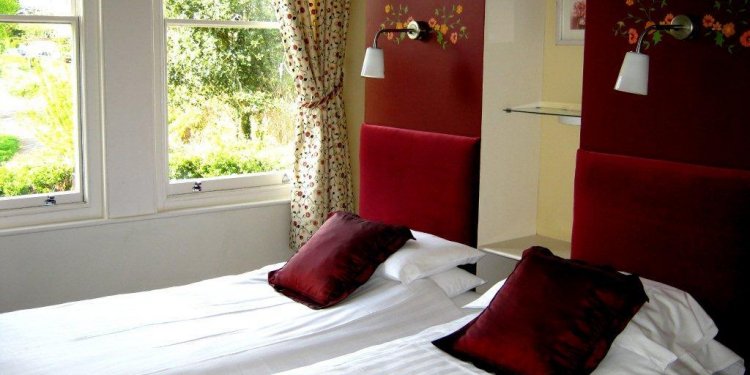 Exeter, capital of Devon, is a bustling city with a great character, despite having been extensively bombed during World War II. It quickly bounced back to become one of Devon's most popular tourist destinations. Exeter has plenty of shopping, dining and entertainment opportunities of every kind, all right on your doorstep when you stay at one of the city's numerous accommodation options. These include a fabulous choice of plush hotels, guesthouses and B&Bs to suit your requirements and budget.

Hotels in Exeter for a Slice of History

Exeter occupies a splendidly strategic site high above the River Exe. This didn't protect it from Teutonic bombs, of course, but farther back in history the city was surrounded by solid Roman and then medieval walls, sections of which you can still see. The street plan has in fact hardly changed at all since the Romans marched into 'Isca' and laid out their organised grid of streets, one of which is still the city's High Street. The narrow alleys and cobbled streets which make up the rest of the town 'plan' are delightful for exploring on foot from your hotel or guesthouse in Devon.

Attractions in Exeter from Devon Hotels

Anthony Trollope set one of his novels around the cathedral close and green, which is reminiscent of Barchester Towers and in summer is full of crowds and street buskers. Mol's Coffee House here is an original Elizabethan building, and the stunning Guildhall close by is one of the oldest buildings in England. There are also the remains of a Normal Castle built by William I, and next to them the 1681 Custom House. On a day out from your Devon hotel, don't miss seeing the Maritime Museum with kits collection of boats from around the world, and the 13th century cathedral itself, with its older Norman towers and stunning façade of stone statues.

The Royal Albert Memorial Museum and Art Gallery is also well worth a visit when you're based at a Devon hotel. It has a very eclectic collection that includes everything from Roman coins and stuffed animals to ethnographic objects from Africa and West Country artworks.